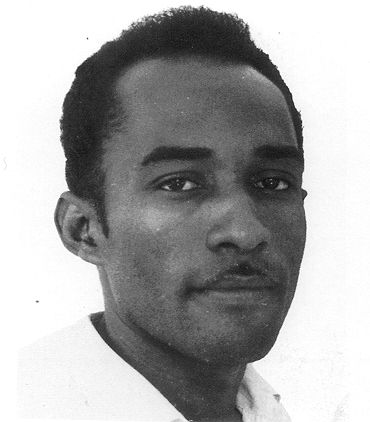 Carlo Jean-Jacques was born in Port-Au-Prince, Haiti on May 1, 1943. As a child, he completed a correspondence course in art from the Ecole ABC in Paris and in 1963 enrolled in the Atelier d'art of Joseph Jacob, where his instructors were Dieudonne Cedor, David LaFontant and Bernard Wah. Shortly after, one of his paintings was chosen for the Esso Competition, a singular honor for such a young man.

By 1966, Carlo had left the group and gone searching for his soul, haunting the dives of Portail Leogane, La Saline and Bel-Air, '... looking at life through the bottom of a clairin bottle', according to his longtime friend and dealer, Michel Monnin. In 1969, Carlo surfaced at the Galerie Monnin with a small painting to begin an association that would last until the end of his life. Monnin describes his work: 'Because his design is upheld by sober colors and good tone, his works escape strict stylization and give the impression of strength and grace. Profoundly moved by the misery around him, powerless to remedy it, he displays it for us to ponder with him. And we don't miss a nuance; neither the pretty nor the ugly, the shadow nor the light. With troubled soul but tender heart, Carlo is particularly sensitive to the powerlessness of children in the drama of their daily lives.'

Bathing in the River