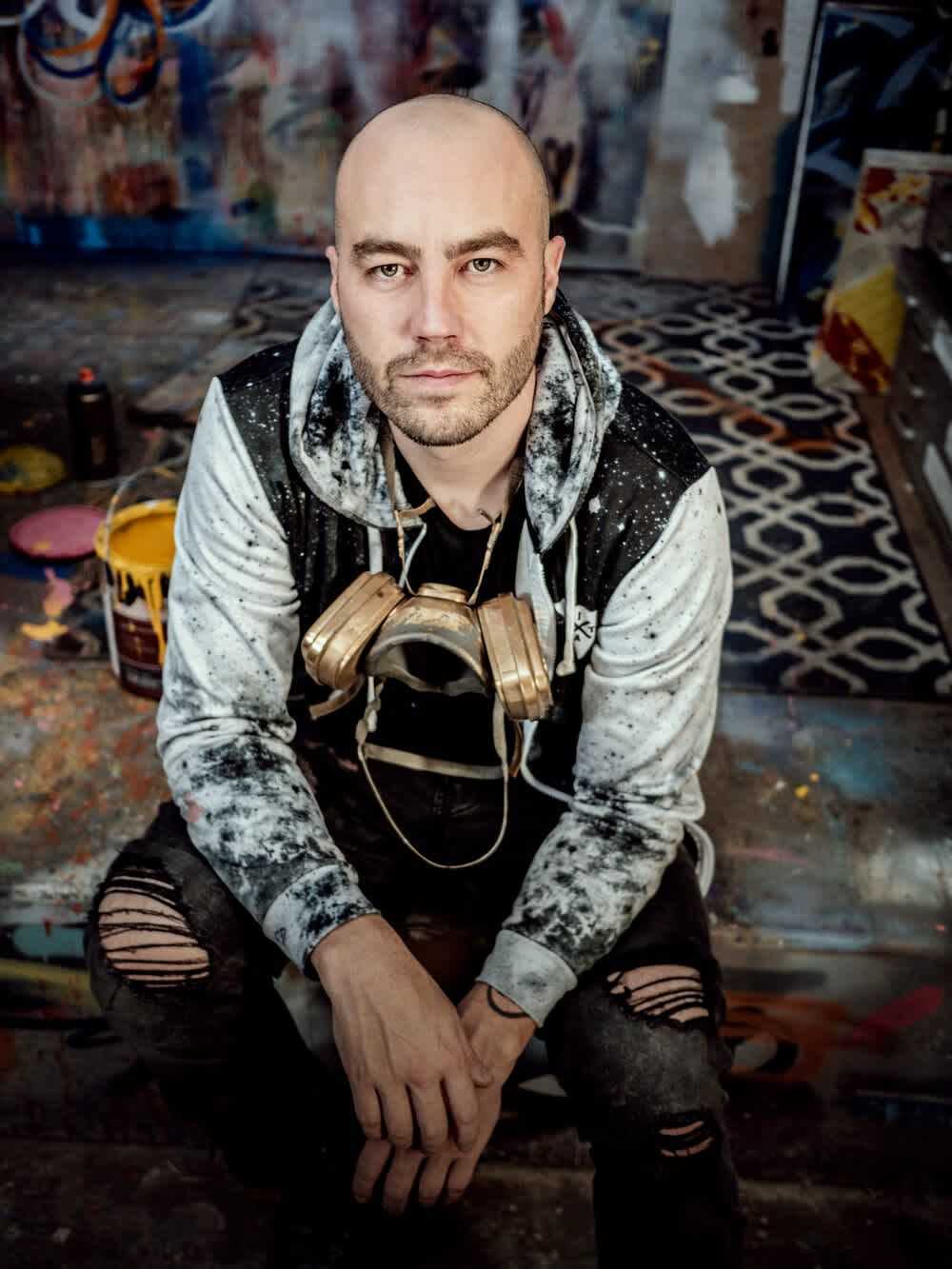 Born in San Francisco, California in 1985, Blake Jamieson started drawing at the age of four, and has never stopped. However, despite the encouragement of his parents to study art, Blake chose what he thought was the “safe” route and majored in Economics at the University of California, Davis. After university, he worked in digital marketing for a number of clients ranging from startups to Fortune 500 Companies.

In 2015, on his 30th birthday, Blake decided it was time for a change, time to pursue his own passions. While on a five-week visit to Barcelona, Spain, he found himself inspired by the rich history and culture of that city’s street art scene. It was there Blake first started to cut stencils, a process he now excels at and employs in many of his paintings. Upon returning to the U.S., Blake set up his first art studio in a rustic Northern California barn. He spent the following three years honing his skills, painting vibrant portraits and abstracts, and experimenting with mixed media.

During a trip to Las Vegas in 2017, while dropping off a portrait to Rick Harrison (Pawn Stars), Blake met former NFL player and current NFL manager Jarred Fayson. Fayson encouraged Blake to paint portraits for professional athletes, and introduced Blake to a few of his clients (CJ Anderson, Jahleel Addae, and Corey Liuget). Blake seized the opportunity and painted action portraits for those players. Since then—mostly through player-to-player word-of-mouth recommendations—Blake has become a leading athletic portrait artist. He has relocated his studio to Brooklyn, New York.

Blake's growing reputation in the Sports Art world led The Topps Company to invite him to “reimagine” 20 iconic baseball rookie cards for their 400-card Topps Project 2020 series. Then, in early 2021, Topps launched a 52-card set of cards with Blake as the sole contributing artist. Called Topps 1951, that series combines Blake's distinctive portrait style with the vintage format of the 1951 inaugural edition of Topps baseball cards. In the spring of 2021, Topps launched another multi-artist series (Topps Project70), this time with Blake creating portraits for 20 more cards of past and present baseball players, this time players of his own choosing.

Blake's art is in the collections of Howie Mandel, Gary Vaynerchuk, Rick Harrison, and over 250 professional athletes in the NFL, NBA, MLS, MLB, NHL, and PLL. The sports cards he has designed are in private collections on six continents. He has not yet penetrated the Antartica market.