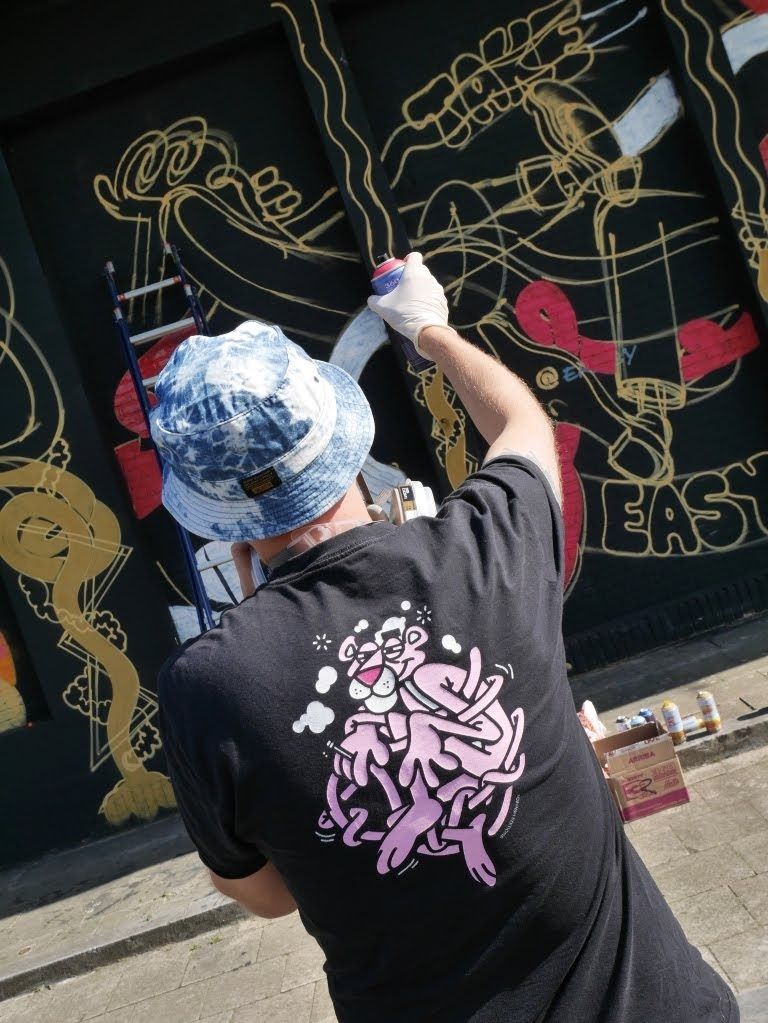 Born in the north of England, Ermsy is a Paris-based illustrator and artist. He is best known for his re-invention of the pop-culture characters in his imaginative works. His artwork spans from drawings to mural work in spray paint to commercial work to the re-imagination of iconic baseball cards.

Interested in the arts since he was 6 years old, Ermsy studied graphic design at university. While studying, he also painted freehand graffiti. As with most artists, he experimented a great deal as he developed his own style. One thing has been constant throughout his development though is his love for popular cartoon characters. He often expresses his enigmatic world through the eyes of The Simpsons, Donald Duck, Garfield, Betty Boop, and others.